First things first, it’s Mum’s fault not mine that I haven’t updated my blog for so long. Seriously, I’ve been on and on at her. I’m like, ‘I need the computer, Mum. Come on!’ ‘In a minute, Meg,’ she says, and like nine months later, do you know what I’m saying! I’m like, ‘Mum, I got fans need to know what I’m up to.’ ‘Meg,’ she says. ‘Stop pestering me. I’ll let you have it in a minute.’ I’m like, ‘Whatever!’ Seriously, she got no idea about sharing.

So now I got LOADS to update you on, which mainly I reckon I’ll show you the pics, cos you know how they say like a picture tells a thousand words, and there’s no way I’ll have time to type all that, even with my paw flying so fast it’s like blurrrrr, before she kicks me off again.

First though, just quickly, I got to tell you about my new doctor, which Mum insists on calling her The Three-legged Vet, but I prefer her official title of Personal Physician to the MegaStar. Anyway, she just happened to be covering in our local vets one day when I called in for a health check, and when I come hopping in, she was like really happy, which people usually are to be perfectly honest but turns out there’s more to it, cos she told me and Mum that she used to have a three-legged dog when she was a kid, and in fact that’s why she become a vet cos she wanted her dog to live forever, which she lived to nineteen, which ain’t forever, but you got to agree it ain’t a bad innings neither. And turns out when she was at Vet school she done her dissertation on the gait of three-legged dogs and they give her a distinction for it, and basically her whole career has been one long preparation for the role of personal physician to the MegaStar, so no surprises she was so happy when I come hopping in.

So she’s called Dr Charlotte and now she sees us every three months, and this is my regimen she got me on, in case you’re interested, which Mum says you might be, which I can’t see why except for that’s how it is when you’re a MegaStar, they want to know every detail. This is for my arthritis in my elbow and foot, and I also have acupuncture and laser every two weeks at the moment cos of the cold and damp, which Mum says is bankrupting her and I’m like ‘Well let’s move somewhere warm then.’

So, every day I take:

and also Dasuquin and fish oil.

And next month I’ll have been three years on three, and when they said I never could, which just goes to show why a MegaStar needs her own Personal Physician, make sure nobody ain’t never tempted to underestimate her again. 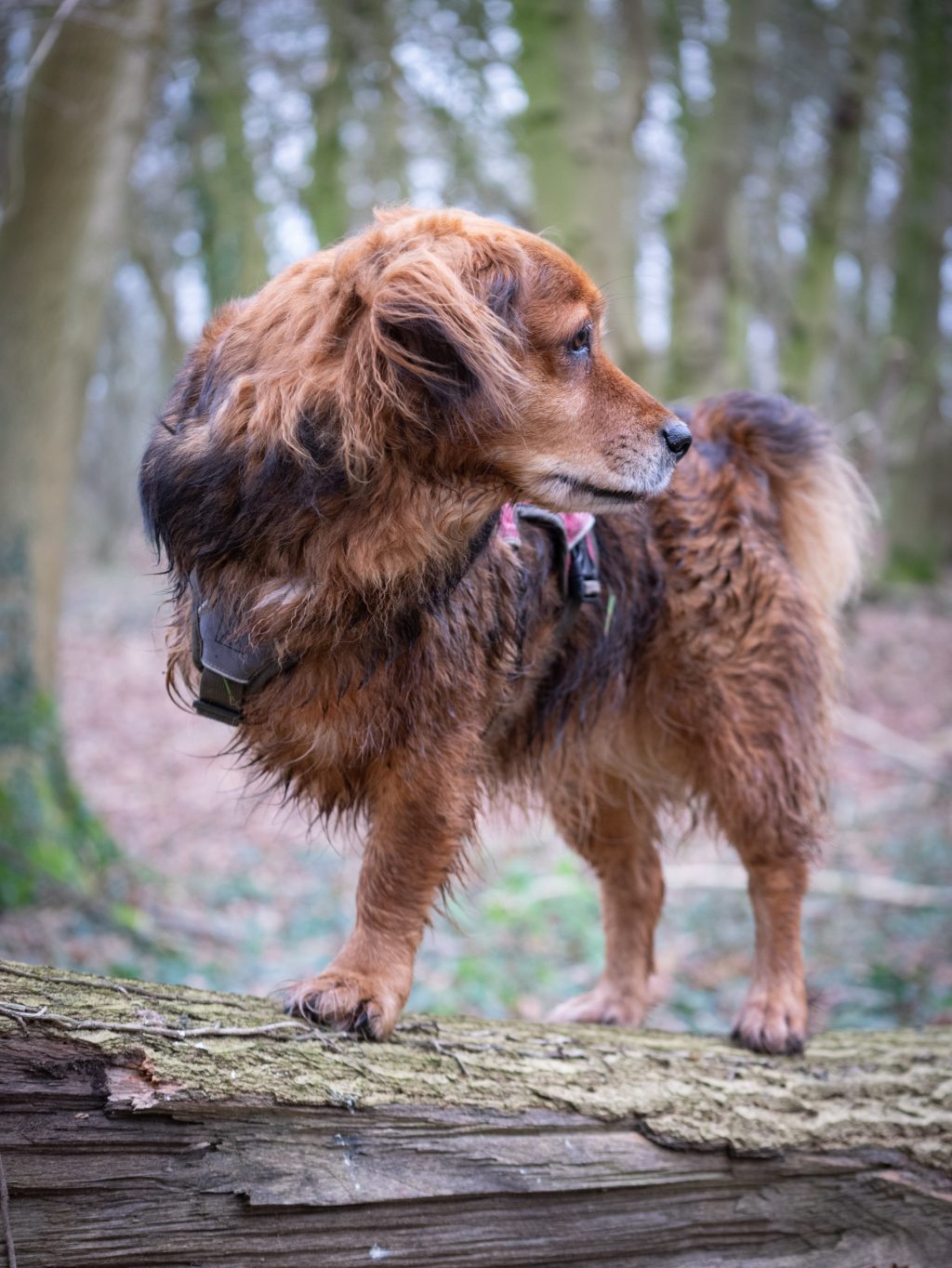 In November, the MegaStar’s TENTH BIRTHDAY was marked by celebrations across the globe. This was our private one, at home. If you look close, you can see the cake’s got eleven candles. That’s cos my tenth birthday  was also Pie’s eleventh, and we lit one for her, so she was celebrating with us. 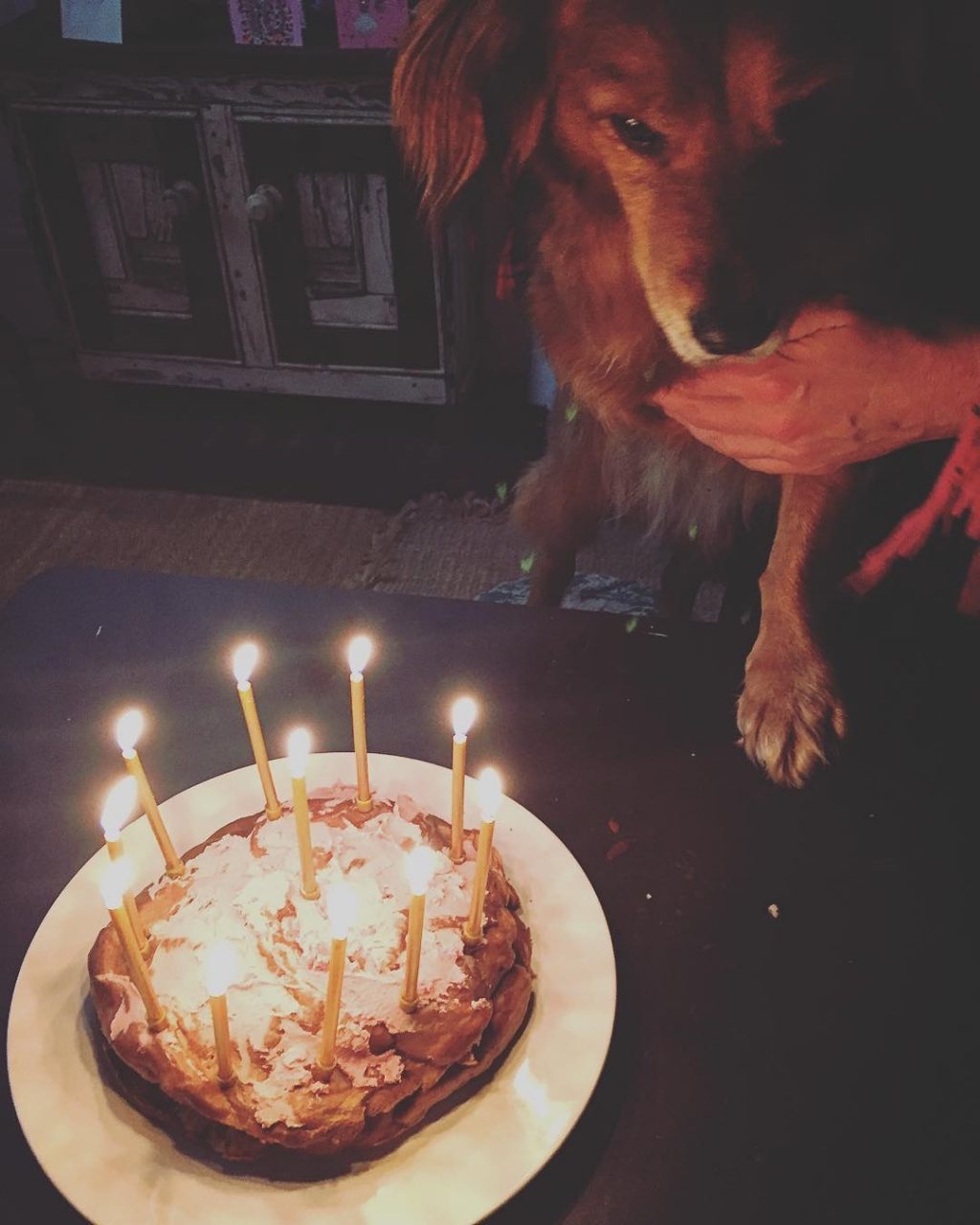 So this is how the MegaStar spends her days…

We go for lovely long walks in the forest… 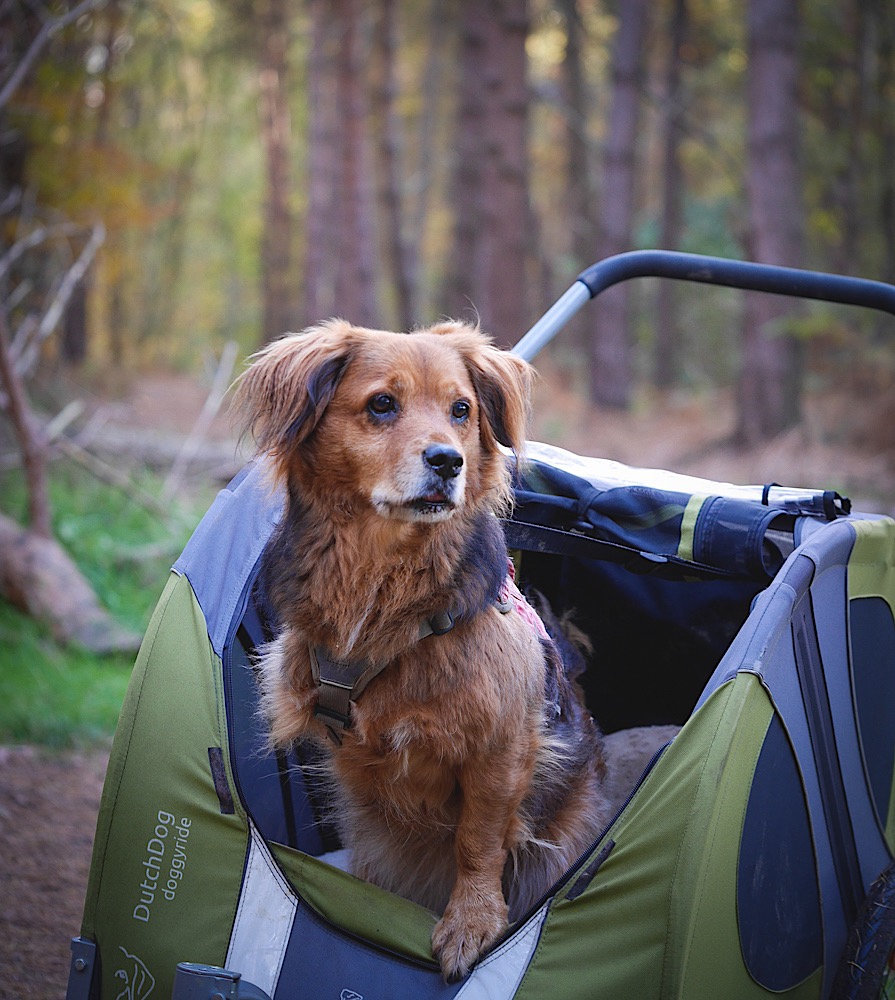 And I check out the squirrels… 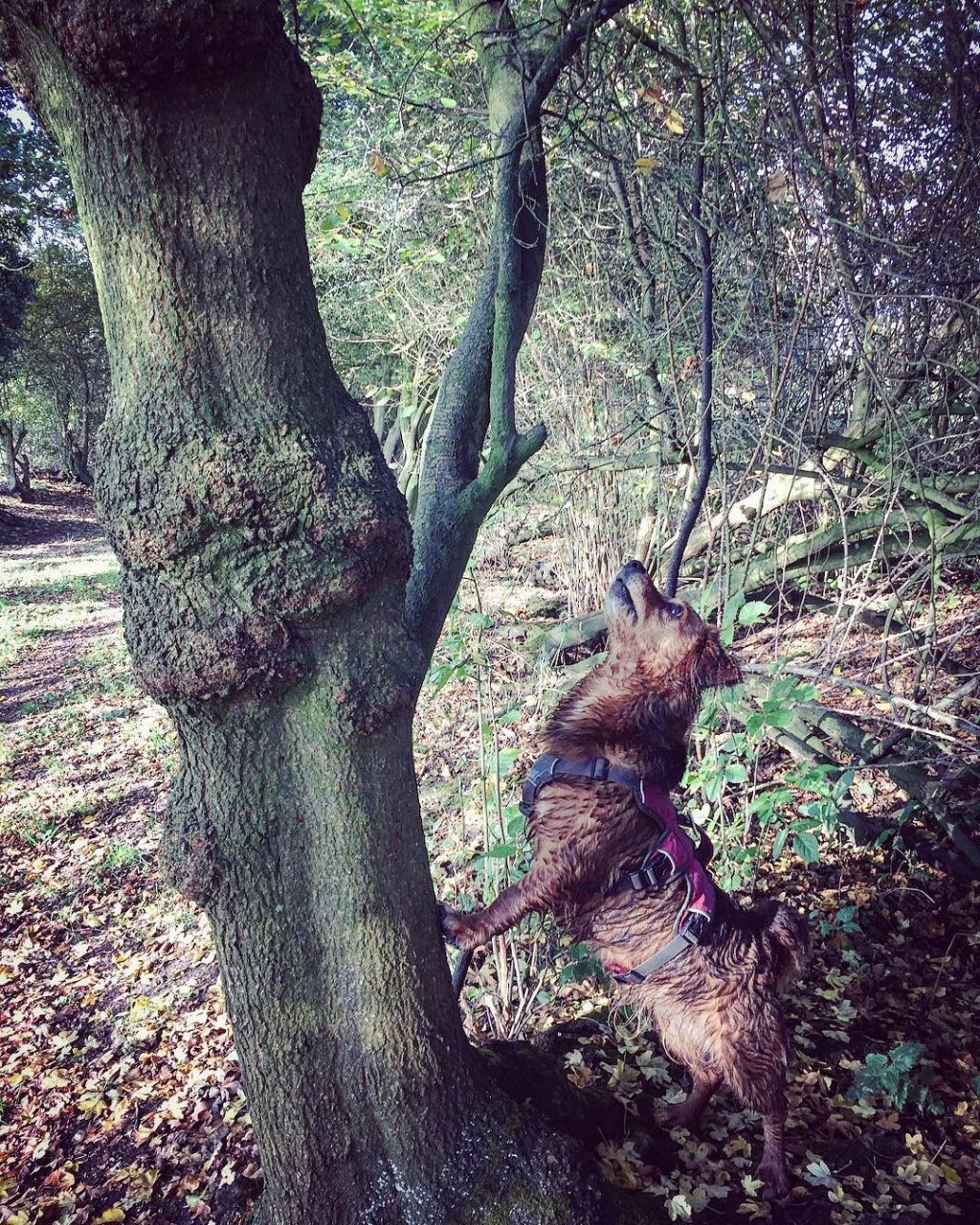 Before going for a swim… 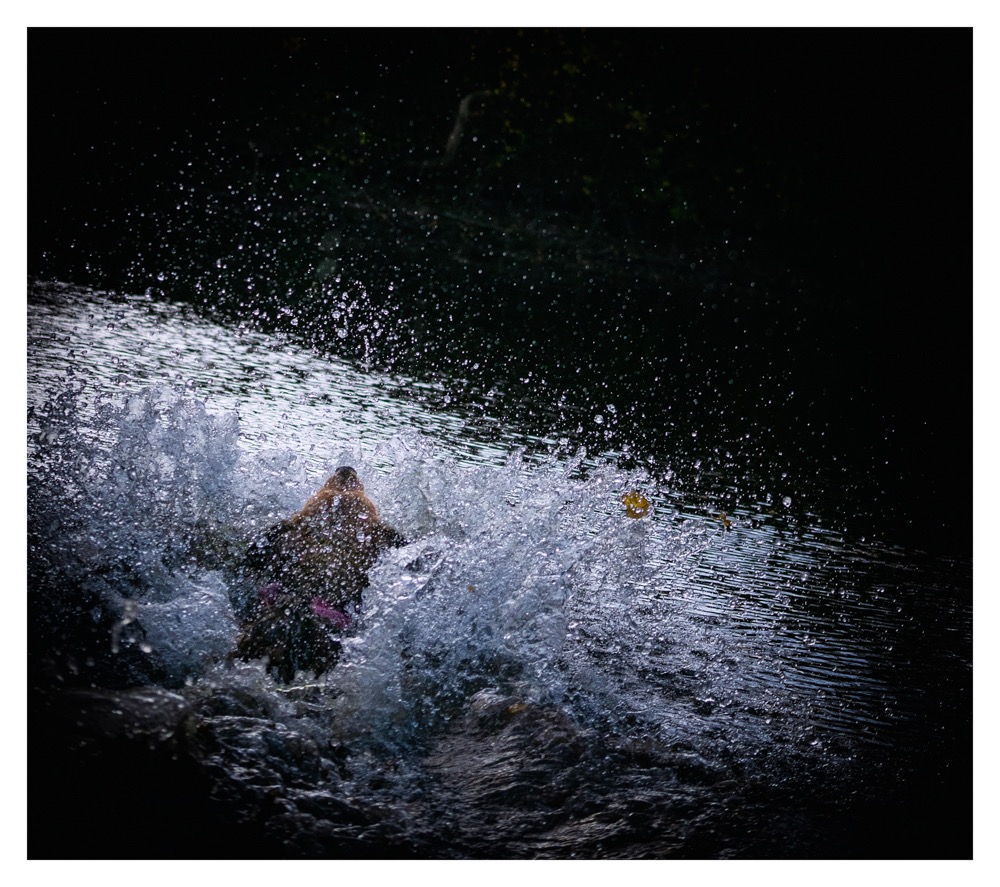 If it’s nice, I’ll relax for a while on a bench… 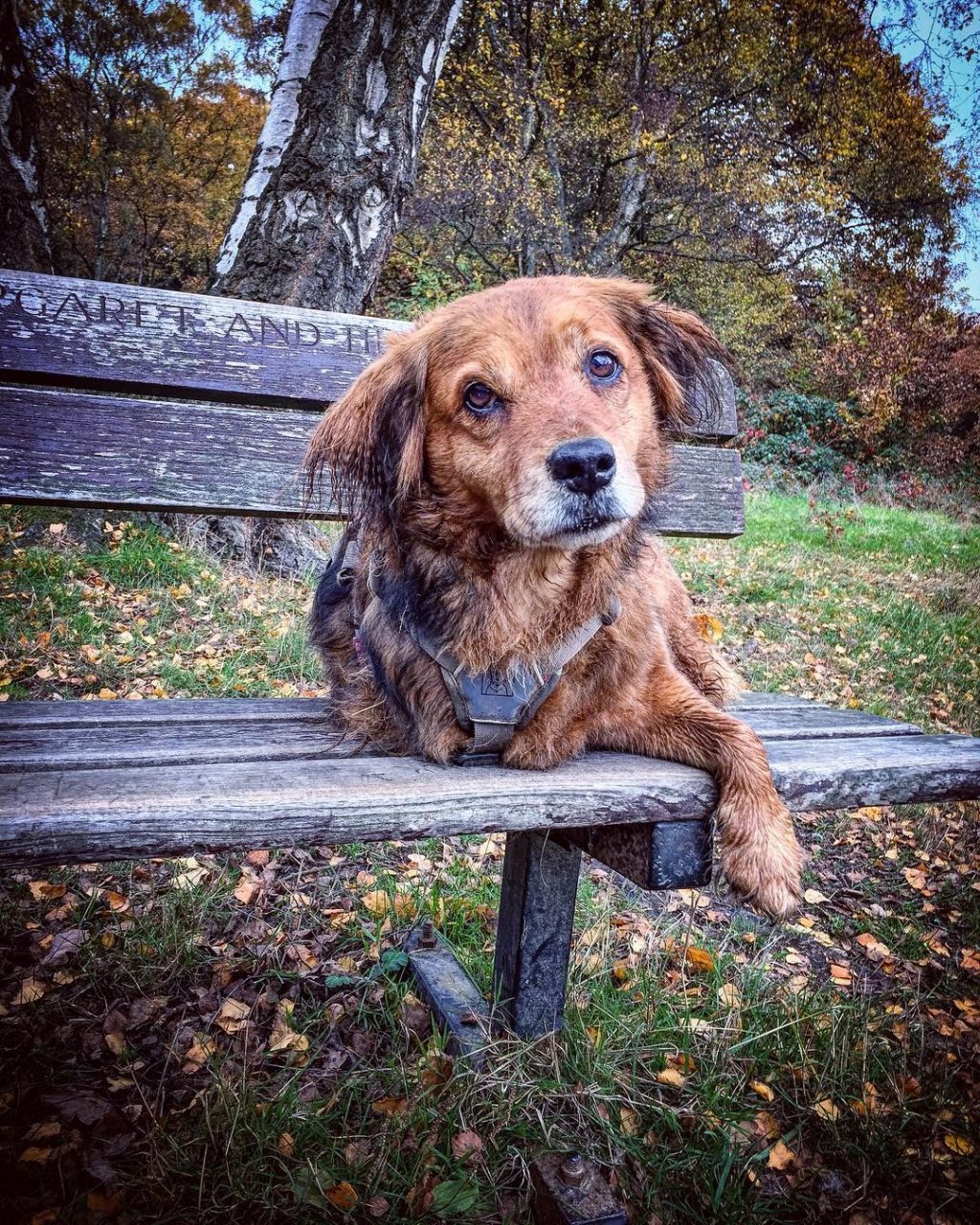 Then home for a snooze by the fire… 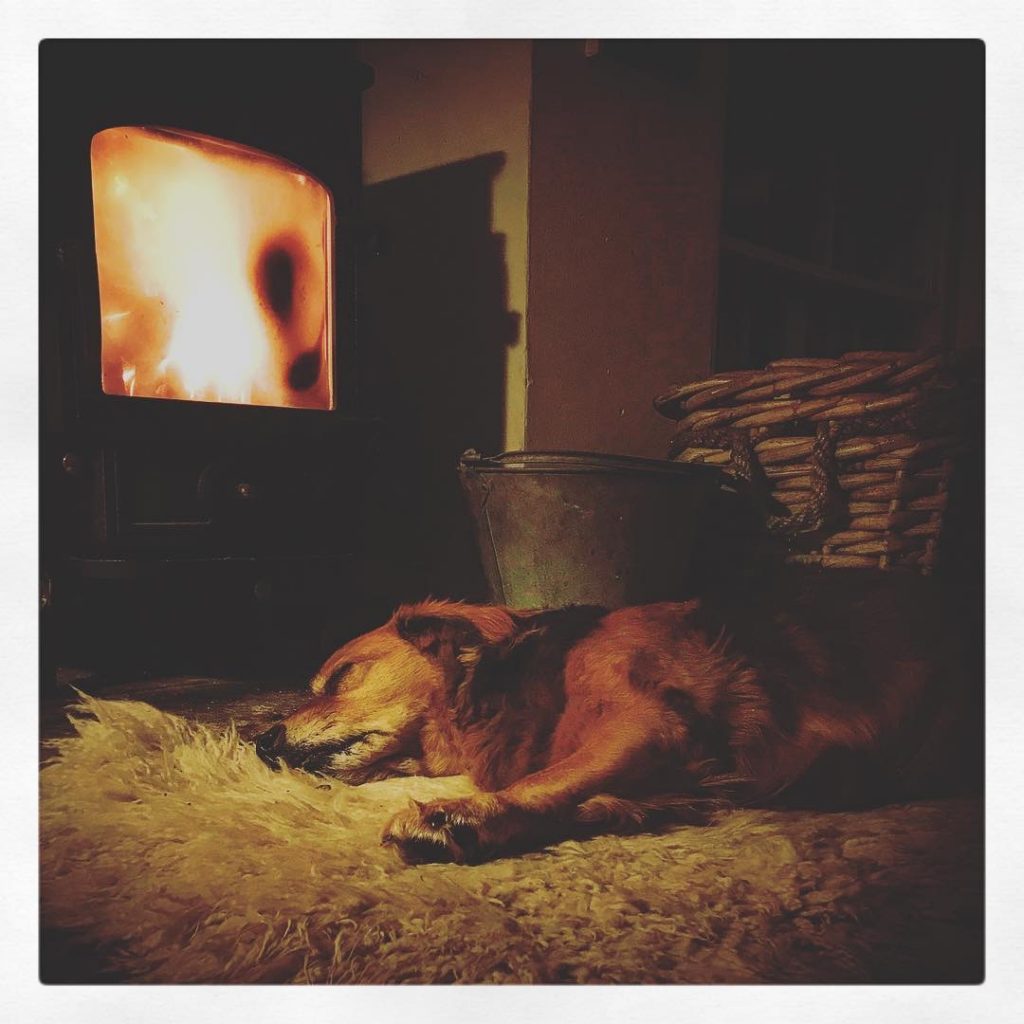 I like to keep the MegaBrain active, so Mum gave me a Dog Sudoku for Christmas. I’m like ‘Dog Sudoku? DOG Sudoku???!!! What other sort of Sudoku is there!’ 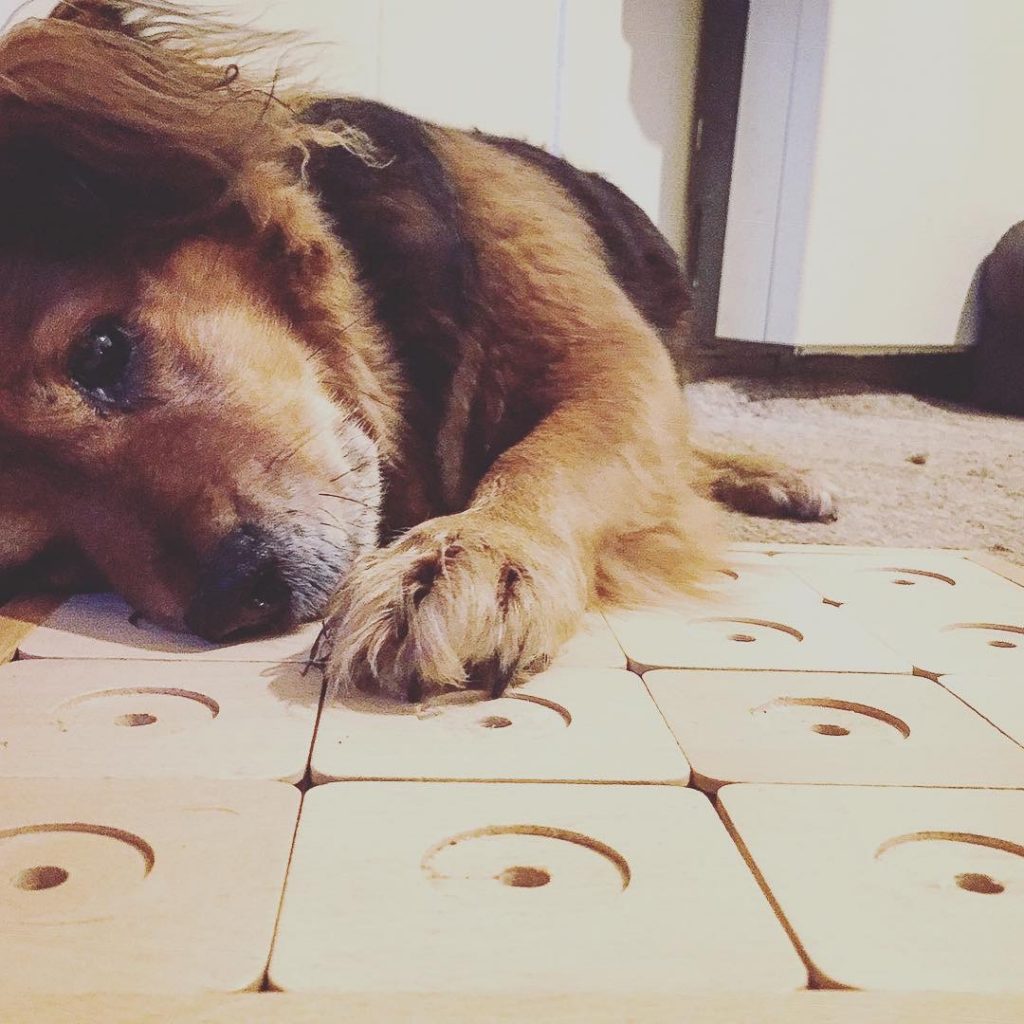 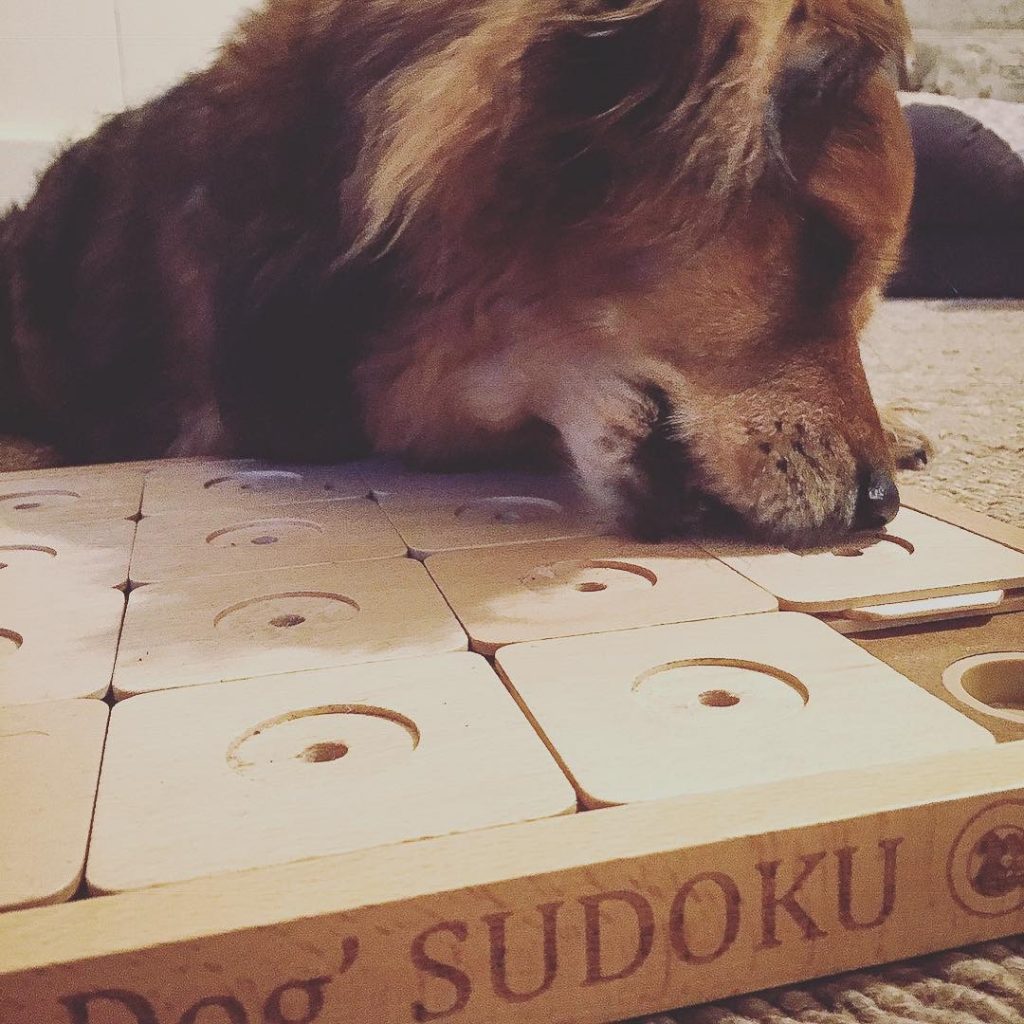 Mostly Mum listens to what I tell her 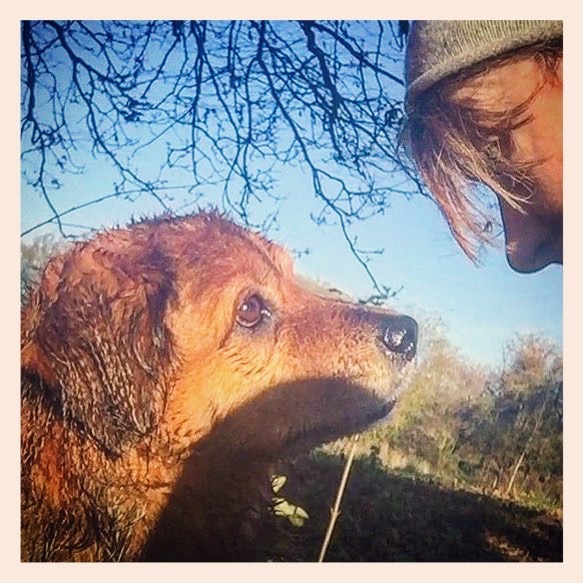 Don’t be cheeky, Meg, she says. 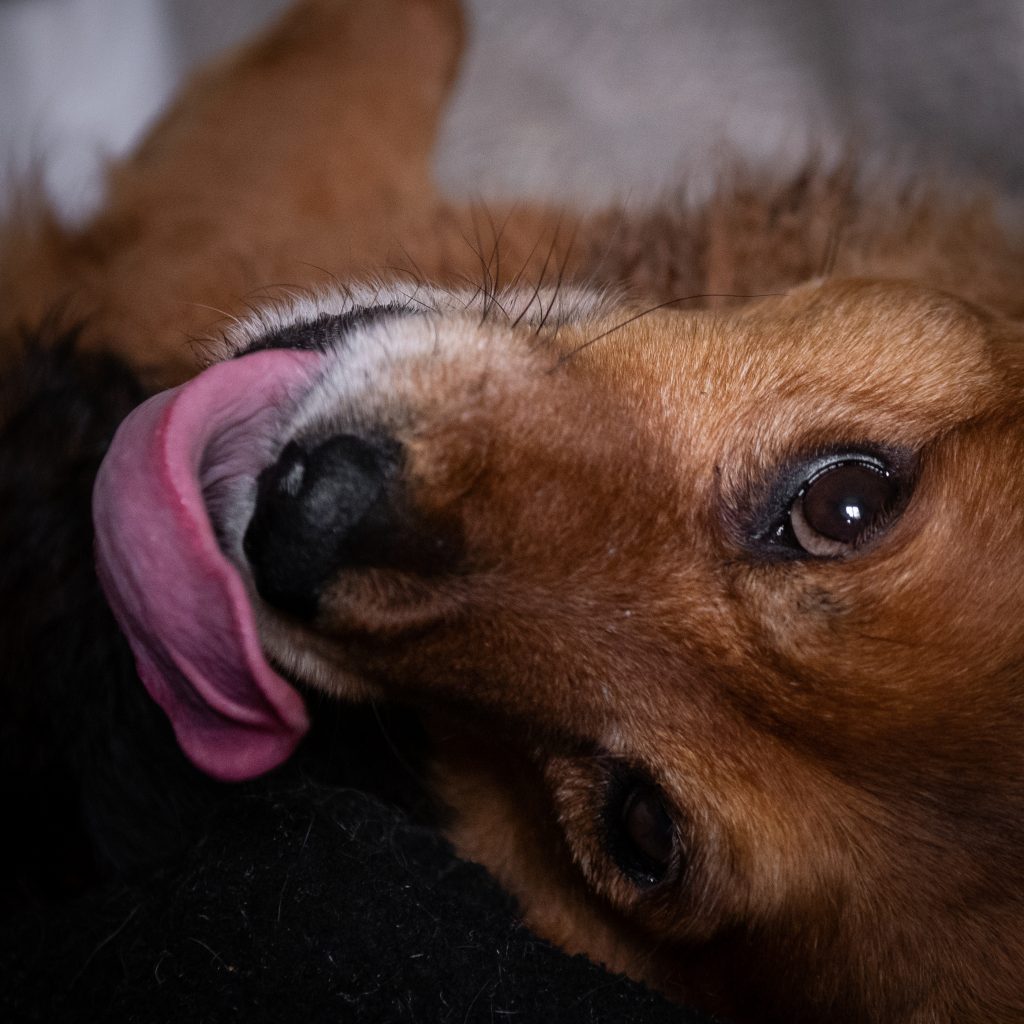 But I know she loves me really, cos who could resist! 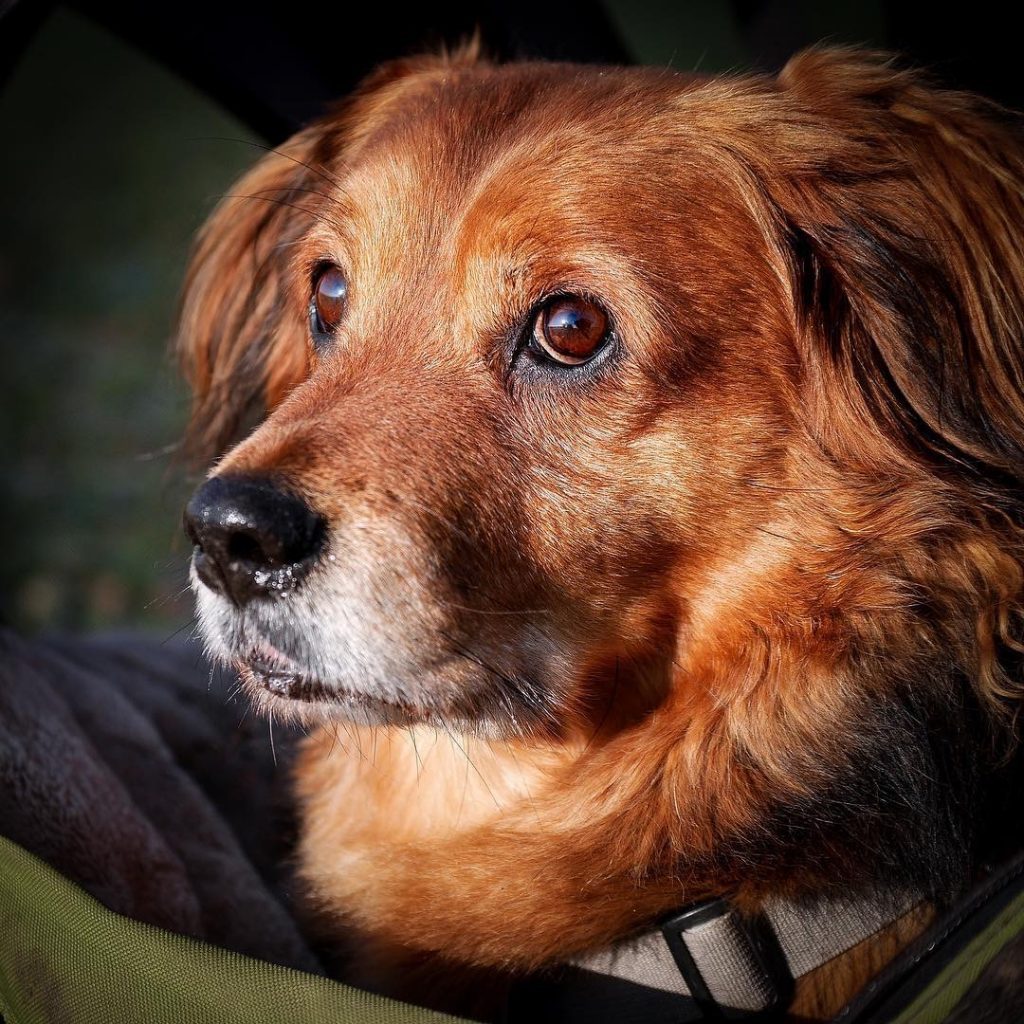 On Saturday, it will be a whole year since Pie left us. Sometimes, when I’m missing her really badly, I lie with my head on Pie’s gorilla. It still smells of her, and if I listen really hard I can hear her talking to me. Mum says I’m imagining it, but I’m not. 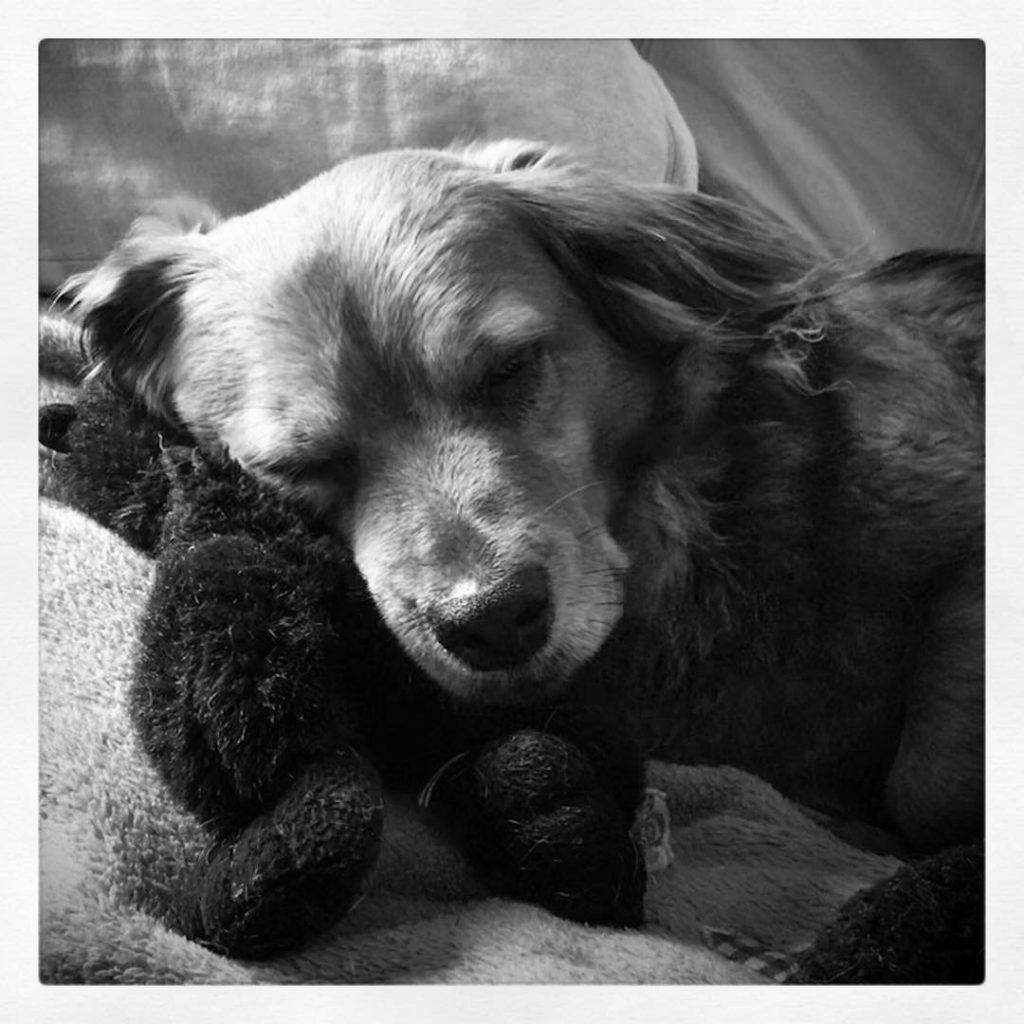 So now I better go before Mum starts on at me for hogging the computer. I wouldn’t put it past her, seriously. And I bet she blames me as well, just saying, for how long it’s been since I last updated, I bet she does, do you know what I’m saying, well at least you know th…. alright, I’m stopping now… I AM!… ALRIGHT!!!

This site uses Akismet to reduce spam. Learn how your comment data is processed.