So today is my seven month ampuversary, right, and Mum wanted to take some pictures to mark it, and I’m like okay, whatever. 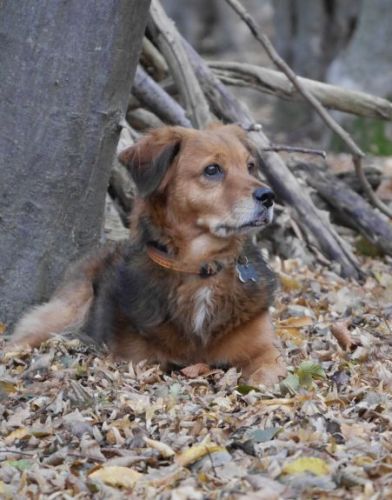 But then, right, I look round and she’s taking one of Elsie… 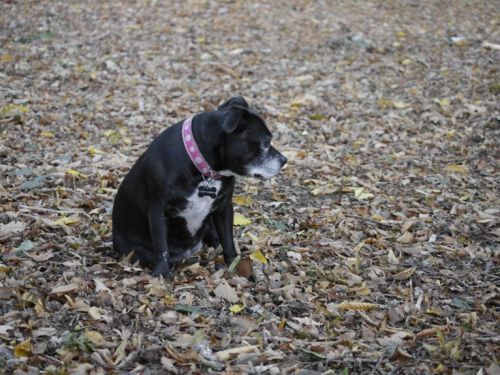 And I’m like, hang on a minute, I thought you said it was my ampuversary! Cos you know that’s Else, right? I mean, I know we look very similar and it’s an easy enough mistake to make, but if you’re not sure, right, just count the legs, cos last time I checked Elsie still had four, which is very strange seeing as how she gets an ampuversary portrait!

The thing is Mum’s all over the moon because she thought Elsie needed an operation and now she doesn’t after all, and Elsie’s like totally full of it cos she got to see this leg doctor, and to be perfectly honest I’m surprised they remembered my ampuversary at all, cos I’m the last dog anyone thinks of. And now Elsie’s going to see my rehab vet, my rehab vet, do you know what I’m saying! ‘You know she’s going to put you on a diet?’ I said. ‘I’ll bet you anything.’ ‘Pig’s ear,’ says Else. ‘Alright,’ I said. ‘I’ll bet you a pig’s ear, but you won’t be allowed to eat it. No more pig’s ears for you,’ I said. ‘No more paté on toast, no more game pie…’ ‘Stop it!’ said Else, and she looked like she was going to start crying. 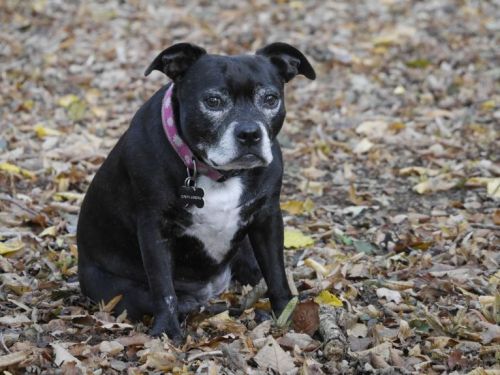 So then I felt a bit guilty, cos she is my sister and she’s not that bad, at least not all the time, only I do wish she wouldn’t get excited and shout when we’re supposed to be stalking squirrels.

‘Look!’ I said. ‘Do you see over there! There’s some tree stumps. Let’s go climbing!’ So we did and it was really fun, cos we both love climbing tree stumps. Then Else said something but I didn’t hear. ‘What was that?’ I said. And she said it again, and I still didn’t hear. ‘You’ll have to speak louder,’ I said. ‘I can’t hear.’ ‘HAPPY AMPUVERSARY!’ she shouted. 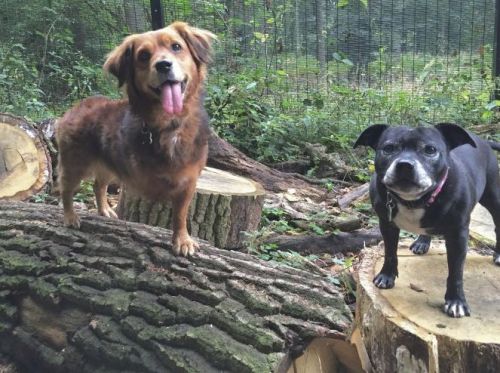 We both love climbing trees stumps.

So Meg was supposed to be writing her blog. She’s got this thing about needing her own space to write. ‘I’ve got to update my blog,’ she said, like really self important. ‘I’m going in the back and I don’t want to be disturbed.’  Well after a bit, I realised that I couldn’t hear anything. Meg’s a pretty heavy typer, and when she’s in the flow you can hear that keyboard clacking right through the house. ‘What’s she doing?’ I said to Elsie, but Elsie just grunted. ‘How would I know?’ ‘I can’t hear her laughing,’ I said. ‘Can you? She always laughs when she’s writing her blog.’ ‘She thinks she’s so funny,’ said Elsie, and grunted again.

So anyway, I snuck though the back, opened the door really quietly and this is what I found. 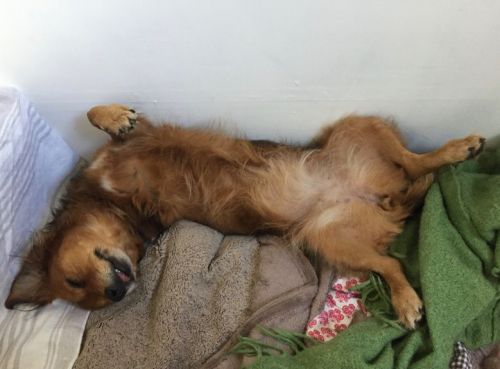 It seems Meg’s update has been delayed. I blame the squirrels.