‘So then what?’ said Elsie. ‘So then we wait. And when Ruby Roo hears about our garden, she’ll sneak in and try to steal our lettuce, and then…’ ‘Then what?’ said Elsie. ‘We chase her! Do I have to spell everything out?’ I said. ‘We chase her and we tell her to stop posting provocative videos, or else…’ ‘Or else what?’…’Just or else,’ I said…. ‘Or else what?’…. ‘Just or else.’…. and we carried on like that for a bit.

Well Elsie was doubtful to put it mildly. ‘It sounds like a lot of work,’ she said. ‘And Ruby Roo might not even come.’ ‘Course she will,’ I said. ‘But even if she doesn’t. Other rabbits will come, won’t they.  Think of it Elsie, thousands of rabbits. What’s the point you and me chasing them, when all we need to do is plant a salad bar and wait?’ Well that convinced her, like I knew it would, the thought of lying in the sun and having the rabbits come to her. Minimum effort, maximum reward; that’s Elsie Pie all over.

So we got Mum to take us to the garden centre and we chose all the plants that rabbits like, except Mum kept trying to sneak in extra stuff to get us to plant them for her too. ‘Are you sure rabbits like sweet peas?’ I asked her. ‘Positive,’ she said. 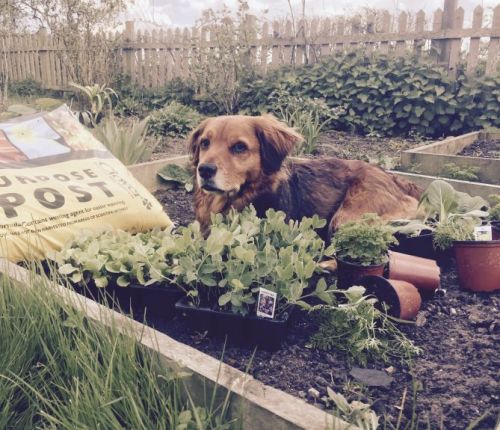 ‘Are you sure rabbits like sweet peas?’ I asked her.

Then came all the digging and planting and that was hard work, and guess who did it.

But finally the job was done. Look Ruby Roo, how d’you fancy some lettuce? 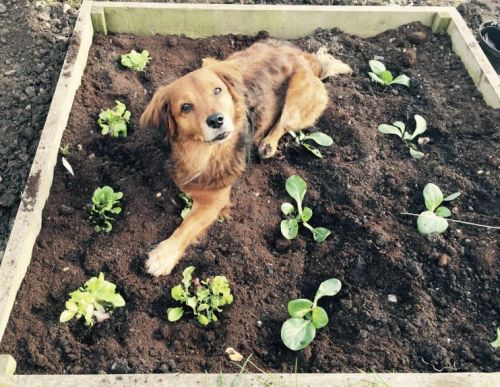 And I took a well-earned rest from my labours. 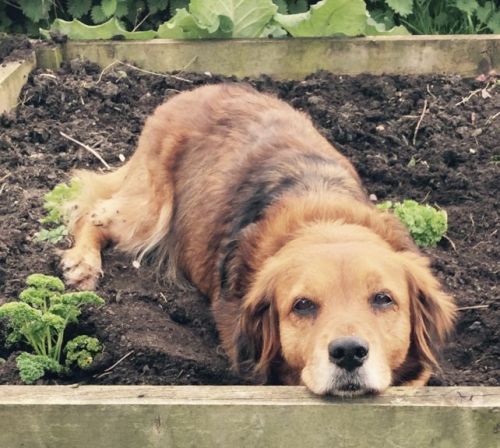 It’s alright, Elsie, you can wake up now. Job’s done! 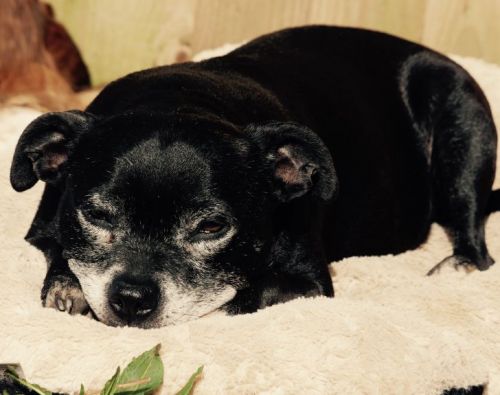