Well I thought I’d better update you all quickly because I know how worried you must have been about this situation with Mum going away and leaving us, and not even caring, and no celebrations at all. So what happened was Elsie and I called a crisis meeting and Elsie was really, really upset because Monday is actually her birthday too (which I maybe forgot to mention before) and she’s going to be nine, and she’s not getting any party either. The reason we have the same birthday is cos when I got adopted nobody even knew when my birthday was. So Mum said I  could have an Official birthday like the Queen, on the same day as Elsie’s actual birthday, as in the day she was actually born, which nobody knows about me. Elsie said it was worse for her because Mum’s going to miss her actual birthday and only my official one, and I said it was worse for me cause she’s missing my ampuversary too, and we argued about that for a bit. Then I said to Elsie, ‘Look at us, sat here squabbling! We’ve got to work together on this.’ And Elsie said okay. So what we decided was there was no point just talking any more cos Mum wasn’t even listening. We decided we had to take action. Elsie says it was her idea, but it wasn’t, it was mine. We held a sit in protest half way up the stairs, and nobody could go up or down unless they agreed to our demands, which we wrote on a piece of paper and left on the table for Mum. ‘What if it gets to dinner time?’ Elsie said. ‘Do we still have to sit here?’ ‘Do you ever think of anything apart from your stomach?’ I asked her. ‘Not really,’ she said. 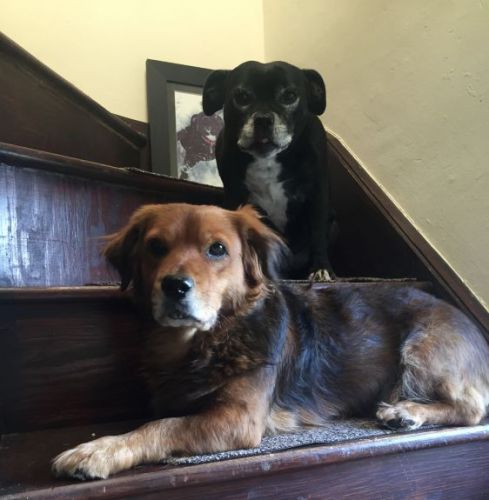 We held a sit in protest half way up the stairs 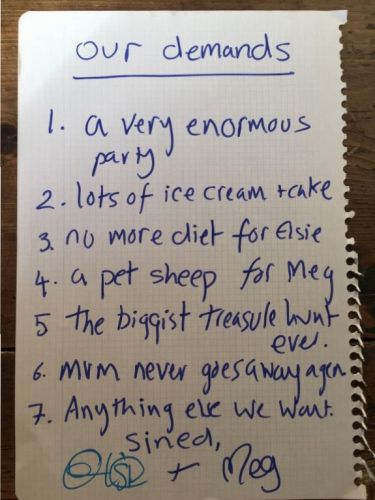 Well when Mum saw the list, she started laughing. ‘Honestly!’ she said. ‘Did you really think I’d forget your birthdays?… And your ampuversary, Meg. You’d better come down here…’ I didn’t know whether to trust her or not after everything she put me through over the past twenty-four hours. But Elsie was already rushing downstairs cos she thought there might be food involved, so then I had to follow.

And you know what, while we were sitting on the stairs she’d done up the sitting room all ready for our party with banners and everything. 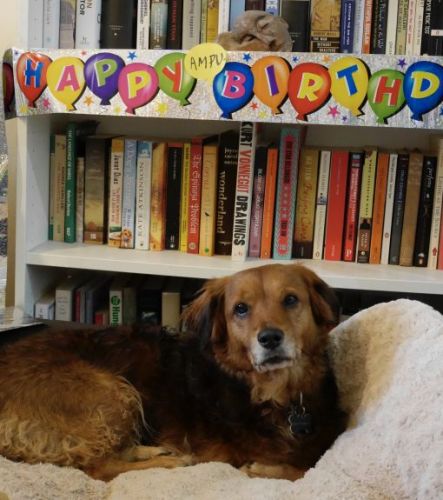 And then she gave us our presents

And Elsie got a yellow duck and I got a squirrel and then we had a special birthday tea with special beef cupcakes and mango sorbet for pudding. 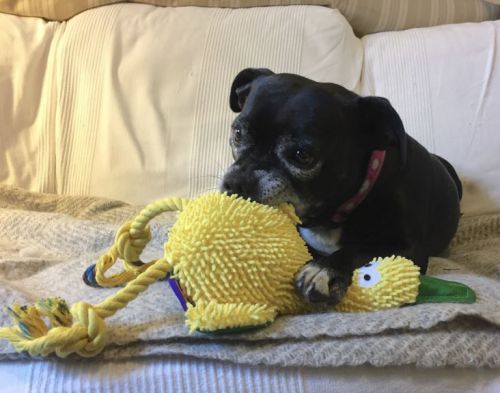 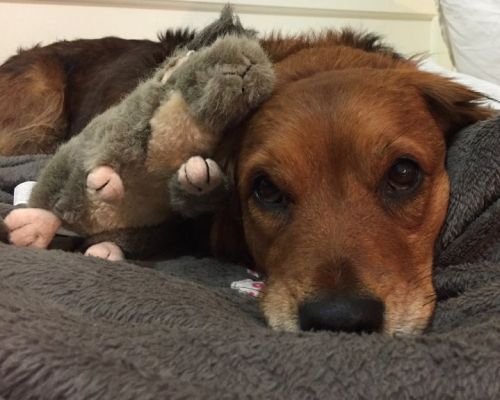 So next week is the most important week so far in my whole life ever. On Monday I get to be eight years old, which is the most years old I’ve ever been, and then Wednesday is my eight month ampuversary, which is my biggest ampuversary ever. ‘Mum,’ I said, ‘I know you’re really busy, and I don’t want you going to loads of trouble just for a ragged old mutt like me, so if you want to combine my two parties into one, then honestly I totally understand. I mean, we’d obviously do separate presents and cakes, and steaks of course on Monday and Wednesday, but you don’t need to plan two parties as well. We could just have one great big massive one, an Ampu-birthday celebration and invite all my superstar megafriends, and honestly I won’t be upset.’

Well I thought she’d be pleased to see she’d raised such a considerate, thoughtful dog. Meg, she’d say, I’m so proud of you. Thinking of others before yourself. Here, have a piece of chicken. Instead, she’s just sat there staring at me, like what are you talking about! ‘Meg,’ she says, eventually.’I told you. I’m going away!’

I thought it was a wind up, I honestly did. I’m like pull the other one!

‘Wales!’ I said. ‘Can I come too?’ Wales is my favourite place in the world. It’s full of sheep and mountains and lakes and sheep. Did I mention the sheep?

‘I’m not thinking about sheep,’ I said. And she looked at me like gotcha. 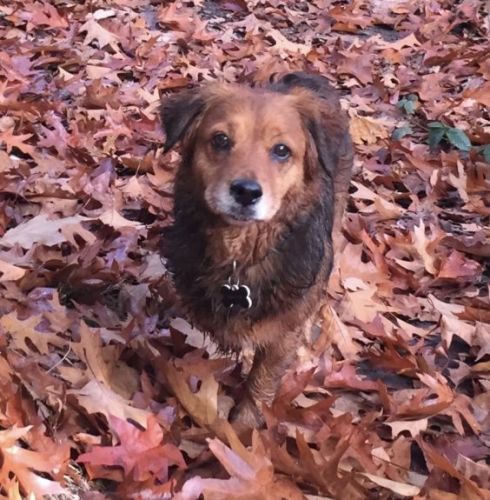 ‘You’re missing my Ampu-Birthday,’ I said.

Then we argued some more but she wouldn’t budge. ‘I’ll make it up to you,’ she said.

‘You’re missing my Ampu-Birthday,’ I said. ‘How can you ever make up for that?’

Which is wrong, cos it is. It most definitely is.  An Ampu-Birthday is definitely a thing.