It’s not like I’m bothered, right, I’m just saying. I mean, the clue’s in the title: My life as a MEG-A-STAR. Is Mum a MegaStar? She is not. Is Else a MegaStar? What do you think? And then, right, not only does Mum “borrow” my blog, without even asking (seriously), but all she does is go on about Elsie, like the whole world doesn’t know already it’s Elsie’s 10th birthday, yeah big deal. And she never hardly mentions me at all* , and actually I’d just like to point out that it was actually my birthday too, actually, my official one, which I share with Elsie, cos no one knows when I was born, not that it makes any difference cos nobody gives a damn, clearly. It’s not like I’m bothered, but I was 9 yesterday, and I’m just saying 9 is much better than 10, objectively speaking, it’s just a much nicer number, compact and with better curves.

Honestly, you’d think the world had stopped turning for Elsie Pie’s 10th birthday (yawn!). And in case you were wondering, really it didn’t, and there’s been loads of other stuff happening like the sugar beet harvest, and rabbits in the garden, and other stuff too, which I’ll tell you about, and like yesterday, right, Mum even let Elsie wear Billie’s collar, which is this very special handmade collar – black velvet with all pearls sewn on – which our Auntie Juliet made for Billie’s 10th birthday, and no-one’s ever worn it since, cos then Billie died, and do you know what I’m saying, it’s not like I’m bothered, it’s just I’m the MegaStar, right?

*and what she does say isn’t even accurate. ‘Mextrovert’ Is that even a word? ‘Behavioural issues’??? Well they certainly weren’t mine! It’s not always easy being the sister of a Tripawd, and it’s definitely not easy when that Tripawd is a full on mextrovert MegaStar and you’re quite a shy little Pie. But Elsie is a true survivor. As a pup she was so ill, that for a time it seemed highly unlikely she would make it to adulthood. Perhaps in part because of this, and because of the constant care she needed, we bonded extremely closely. I’m not sure she’s yet realised we’re separate beings, but then I’m not sure I have either. When Meg came crashing into our lives, with all her behavioural, and then physical challenges, it was a huge adjustment for Elsie, and I’m enormously proud of the way she handled it. Today, as we celebrate Elsie’s 10th birthday with meatballs for breakfast, a trip to the beach, pawty hats, a treasure hunt, games and steak for tea, I just hope she knows how much we love her, how proud I am that she is part of my life and what a very precious Pie she is. 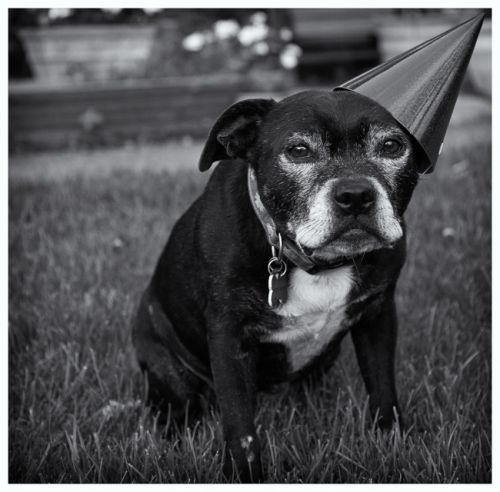 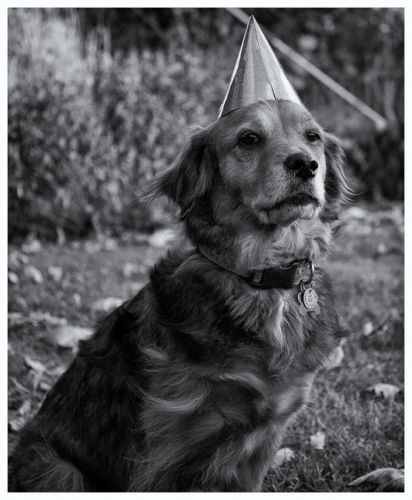 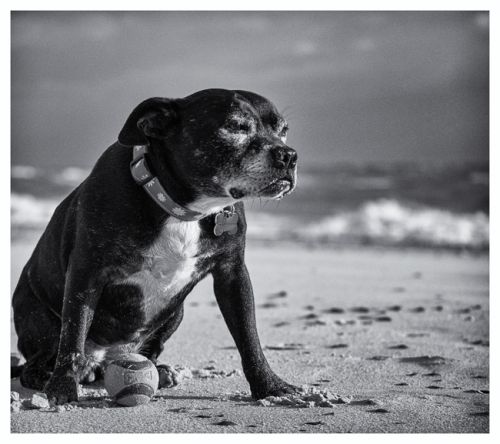 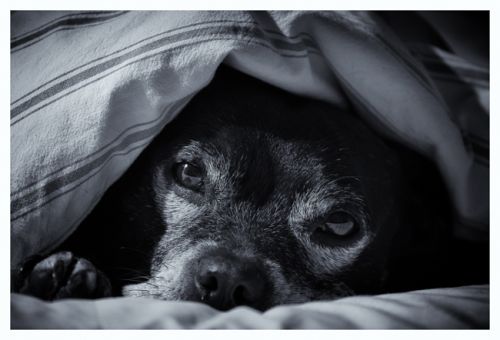 And, in case you’re feeling starved of pics, here’s a photo tribute to our ten years together